4 Renovations That Decrease the Value of Your Home

I always advocate contacting me before you update your home. There are so many important factors to consider. Your home is one of the largest investments you have, so you should always consider the value of any changes or updates. The recent Cost vs Value report showed you the return on investment for the most popular upgrades. But as outlined in a recent article on MarketWatch, some renovations can actually decrease the value of your home.

The four following renovations can often result in a decrease in value of your home:

Is 2016 your year to sell? It’s important to know which home improvement projects will bring you the most return on your investment. Visit the 2016 Cost vs Value Report (see Dallas specific info here) which compares the 30 most popular remodeling projects and the value those projects retain at resale.  If you’re making updates or just thinking about selling, let’s talk about how it will affect the value of your home!

The Cost vs. Value report is an annual collaboration between Remodeling magazine and REALTOR® Magazine, which breaks down the estimated cost of various remodeling projects and the estimated return on investment for those projects by region and by city, as well as by midrange and upscale projects.

The 2016 report shows some noticeable changes from last year’s report – showing energy efficiency and curb appeal to be two driving factors. But the report still boasts that less is more, with four of the five top ranking projects costing less than $5000. According to the report, the average is around a 64% return on investment, which is up from last year. The top spot, though, belongs to attic insulation – which shows a 100% return!

(Below is an excerpt of midrange improvements from the Dallas-specific report from remodeling.net)

Want to read more? Check out THIS article from realtor.com giving a great top-level view of the report. If you want details on the key trends, go HERE on the remodeling.net report.

Ready to make some updates on your home before selling?  Call me at 972-824-6466 and let’s discuss the best changes to make. I can also help with contractor referrals! The market is still hot and 2016 is a great time to sell!

Posted: January 17, 2016 | Author: Living Large in DFW | Filed under: Buying a Home, Selling Your Home | Tags: dfw housing market, DFW Real Estate, pricing a home, Realtor, why use a realtor | Comments Off on Resolve to Use a Realtor in 2016

The first effects of the new Know Before You Owe or TILA RESPA Integrated Documentation (TRID) rules are now measurable. The changes created some confusion among lenders and closing agents and the average time-to-close has risen as a result. The industry is at the short end of the learning curve, so this impact will likely ease with time.

The new TRID rules have been in effect since October 3rd. Historically, a typical close took roughly 30 days so few closings in October would reflect the new TRID process. However, with November complete we can begin to measure the impact.

A special data sample was utilized to create a time series for time-to-close; the time in days from when a listing goes under contract until it is complete. A primary driver of time-to-close is the volume of mortgage applications, both refinances and purchases. Both series are charted below in 4-week moving averages to mute the weekly volatility.

Here are some of the principal takeaways:

While early indications are that TRID has delayed some closings, anecdotal evidence suggests that sales are still likely to close. Consequently, the impact to home sales volume and statistics should be transitory. The change will cause a one-period shift in sales to the next month and each subsequent month will have a full month’s tally of sales. As time-to-close declines, there may be a modest increase to monthly sales as the market catches up. This shift may modestly impact the seasonal factors used to adjust economic time series of home sales.

In the long-term, lenders and closing agents may adjust to the new environment reducing the time-to-close. In the near term, consumers are likely to require a 45-day lock period rather than the standard 30-day. This could add $100 to $300 onto the cost of closing.

4 Expenses You Avoid When Working With a Seller’s Agent

Posted: January 11, 2016 | Author: Living Large in DFW | Filed under: Selling Your Home | Tags: DFW Real Estate, for sale by owner, FSBO, realtor vs FSBO, Selling your Home, why use a realtor | Comments Off on 4 Expenses You Avoid When Working With a Seller’s Agent

It might be tempting to sell your own home. You might think you are saving by not paying an agent’s fee and only have to hold an open house and deal with some paperwork. However, statistics have shown that sellers tend to make more money when they hire a Realtor. According to the National Association of Realtors®, an agent-assisted home sale has a 13 percent higher sales price than a FSBO (For Sale By Owner).

Here are a just a few ways you save with an agent.

1. The price is right
Pricing your home is one of the most challenging parts of selling. A Realtor is highly experienced in this area and can help you avoid pitfalls. For instance, over-pricing may leave your home languishing on the market and if you start dropping it, you can be seen as desperate and bring in low-ball offers. On the other hand, if you price too low, you’re leaving money on the table that could be in your hands – something you probably don’t want to do when selling your most valuable asset.

2. Marketing
Let’s face it, you have to spread the word about your property. Paying for online listings, mailers and signs can be expensive. Most Realtors already have a plan in place for marketing as well as the connections to spread the word quickly and efficiently and usually at no added cost. This can also relieve a lot of stress off the seller.

3. Negotiations
No matter how well your home is priced, you will likely find yourself negotiating with the buyer. This is where an agent’s skill and experience will really help you get a fair price. Not to mention the fact that most buyers think they can negotiate a real deal if you are selling the home yourself. Do you know what your home is really worth in the current market to back up your price?

4. Time is money
Let’s face it, life is busy. Adding tasks like creating marketing materials, arranging showings, finding contractors, negotiating, reviewing documents, etc will cost you both time and money, as well as add a lot of stress. Let a Realtor that performs these duties daily and has resources at his/her fingertips do the work for you and help you open your schedule and sell your home faster.

Reconsidering your FSBO status? Contact Gwen at 972-824-6466 or gwen@gwenwood.com

— article adapted from ABOVE, The Re/Max Magazine —

Do you think waiting to buy or sell until after the Holidays is a good idea?

Posted: November 20, 2015 | Author: Living Large in DFW | Filed under: Buying a Home, Housing Market Info, Selling Your Home | Comments Off on Do you think waiting to buy or sell until after the Holidays is a good idea? 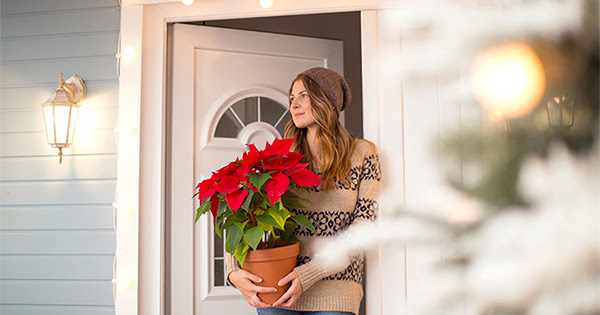 1. Relocation buyers are out there. Companies are not concerned with holiday time and if the buyers have kids, they want them to get into school after the holidays.

2. Purchasers that are looking for a home during the holidays are serious buyers and are ready to buy.

3. You can restrict the showings on your home to the times you want it shown. You will remain in control.

4. Homes show better when decorated for the holidays.

5. There is less competition for you as a seller right now. Let’s take a look at listing inventory as compared to the same time last year: 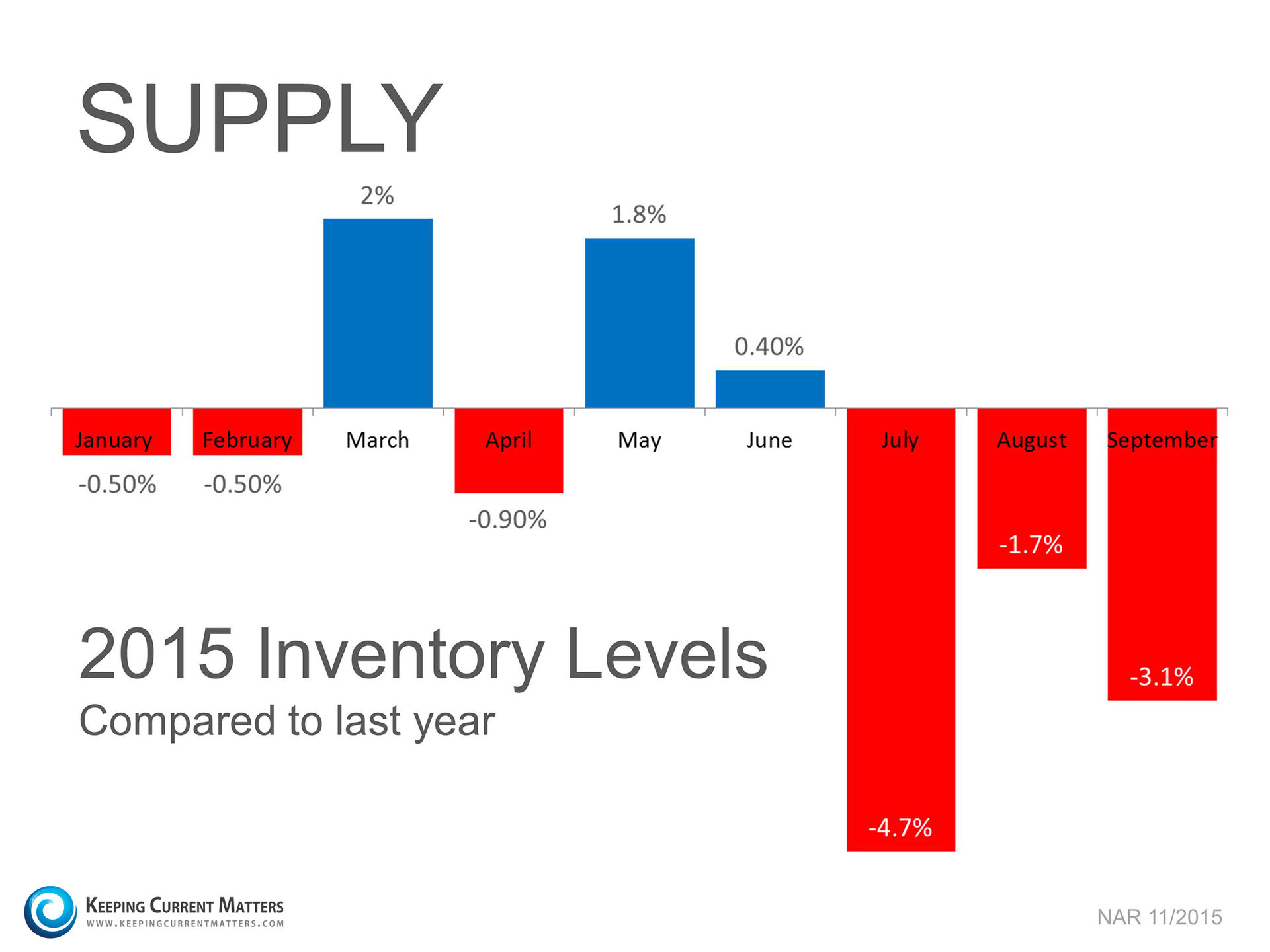 6. The supply of listings increases substantially after the holidays. Also, in many parts of the country, new construction will make a comeback in 2016. This will lessen the demand for your house.

Waiting until after the holidays to sell your home probably doesn’t make sense.

Home Values: Where Are They Headed Over The Next 5 Years?

Today, many real estate conversations center on housing prices and where they may be headed. That is why we like the Home Price Expectation Survey.  Every quarter, Pulsenomics surveys a nationwide panel of over one hundred economists, real estate experts and investment & market strategists about where prices are headed over the next five years. They then average the projections of all 100+ experts into a single number.

The results of their latest survey  (This is the national predictions, not necessarily Dallas.  Dallas is expected to have considerably higher appreciation.)

Individual opinions make headlines. We believe the survey is a fairer depiction of future values.

What Does the Stock Market Plunder Mean for Interest Rates?

Economists at Barclays have pushed their expectation of a Fed rate rise out to March next year; their counterparts at Citigroup now believe that the Bank of England will sit on its hands until 2017.  Analysts will be picking over the wreckage of Black Monday in search of meaning for months to come. But it is already possible to discern a broad logic to what happened these last few days: the markets got scared.  China is responsible for 15 percent of the global economy but it is scaring the world economy.  The question now is what relevance any of this has to the broader global economy and whether the market rout will stay the hand of central banks – especially the US Federal Reserve and the Bank of England – which were poised to start raising interest rates as soon as, in the Fed’s case at least, next month.  And yet the markets seem to believe that the chances of a September rate rise by the Fed have fallen dramatically.

Will the Fed Raise Interest Rates in September?

As markets quake and stock prices fall, investors increasingly are betting that the Federal Reserve will not raise interest rates this year.  Their conclusion is a striking rejection of the Fed’s stated plans — and it appears premature.  The Fed watches financial markets closely, of course. Investors are losing money they might have spent, and falling prices can be an indicator of broader economic problems.  But the losses so far probably aren’t big enough to crimp growth, and officials have plenty of time to see what happens next. The Fed’s policy making committee doesn’t meet until mid-September, and it has two more meetings scheduled later this year, in October and December.  The volatility of financial markets over the last few days contrasts with the stability of domestic economic growth over the last several years. The Fed is focused on that broader picture, and while the pace of growth remains sluggish by past standards, central bank officials have suggested repeatedly that they regard it as good enough.